Posted on November 5, 2018 by marksshrimptanks

Neocaridina comes in a large variety of shrimp types with the most common being the Cherry Shrimp. Cherry shrimp are very hardy, this makes them a great choice of shrimp for someone just starting out in the hobby.

They originally came from Taiwan but are now very widespread across the world and should not be hard for anyone to find. they are extremely easy to breed and maintain and are often known as a bomb proof shrimp because they can live in conditions that would be considered too extreme for other shrimp.

I have as an example unknowingly transferred young Cherry Shrimp into tanks that have never been cycled and done almost 90% water changes in them which for most shrimp would be too much, they also have another huge bonus they literally breed like rabbits.

As a starting brood, I’d recommend buying a minimum of ten shrimp to start with.When buying shrimp always ask other people for recommendations on sellers, look across forums and groups and ask around about seller reputation you can of course always buy locally which in many cases will end up being cheaper for you and safer.

The bigger the Aquarium the better but you get what you can afford, the benefits of larger tanks are water stability which is key with shrimp but they can cost so much more to buy.

Most people tend to have smaller planted nano tanks which are ideal for cherry shrimp.

My own rule of thumb is to never buy a smaller tank than say a 20 Gallon but this is just for personal preference.

My personal favorite substrate for Neocaridina and certain types of Tiger shrimp is plain old sand or gravel which the shrimp love to sift through and forage for food.

I prefer river sand because of its nice balanced color which suits aquariums.

To wash it all you have to do is place it in a bucket of water and stir it up with your hand, repeat this process and empty out the dirty water.

You can also use pre-washed gravels like pea gravel but don’t ever pre-wash an active substrate it is not required.

You should also use a minimal depth of 3cm in all of your shrimp tanks this is because different bacteria have different needs and some of them are light sensitive, take aerobic bacteria, for example, they require little to no water movement and some species require complete darkness.

Substrate choice is of pure preference so do your research and ask questions in forums.

All living things need energy from the sun to create a food source so unless you live near a thermal vent 4 miles down in the depths of the ocean you are going to have to provide your shrimp with some type of aquarium light .

I recommend anything from 8-10 hours a day. The light needs to be in the 6000k daylight range for two reasons, you can use a lower 4000k light but this will make the tank and the shrimp look orange, lights like this will often be marked as warm so you want to avoid these ..

..on the opposite end of the spectrum you could also use 10,000k lights but in a freshwater setting they don’t look natural, people think of the sea as being blue so this is where marine tanks look great under a higher kelvin of light.

The other reason is I think most plants do well in the 6000k range, it also looks natural.

← MY HISTORY WITH CRYSTAL RED SHRIMP
9 Most Recommended Products →

Please consider becoming a Patreon for just $1 a month if I have ever helped you with anything or found an article useful. Thank you, have a great day. 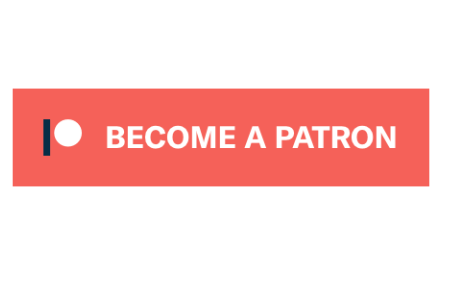